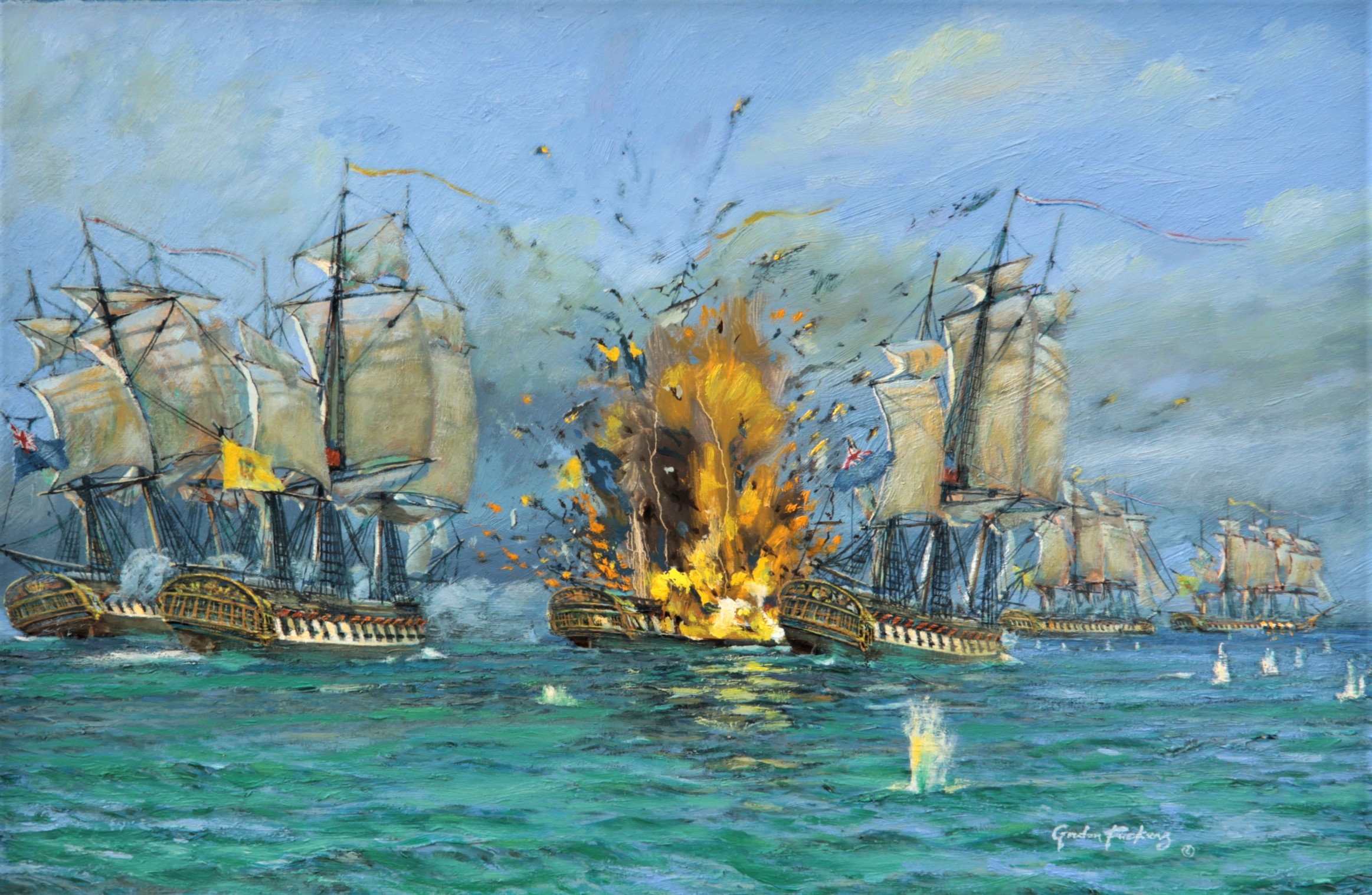 ‘The treasure ship Las Mercedes‘, a frigate, blew up and was lost due to espionage, misinformation, fake news, tragedy and bungling.

Her three equally valuable consorts were all captured.

The Spanish ships were Farma, Medea, Mercedes, Clara, the British were, Medusa, Indefatigable, Amphion, and Lively.

Of the four Spanish frigates, the “Nuestra Senora de las Mercedes”, in an action with the 4 British frigates blew up with great loss of life and promptly sank.

The Spanish frigates were unprepared for combat, Spain was at peace.

The interception based upon Intelligence received by the British Government was managed faultlessly, but …
Espionage, misinformation, fake news, tragedy, bungling by the British government, are all part of the story behind this little know dramatic frigate sea fight that leads today to a dispute over sunken treasure.
Before Trafalgar, intelligence, spies, believed by the British Government caused The Admiralty to chose and send 4 British Royal Navy frigates thinking the force was sufficient,  to arrest 2 Royal Spanish Navy frigates.
Unknowingly The Admiralty orders sent the 4 British Royal Navy frigates to arrest 4 Royal Spanish Navy frigates.

This knowledge combined to reports that Spain was about to enter the Napoleonic War on the side of France, reports that turned out to be false.

Captain Graham Moore (HMS Indefatigable, 44) was under orders to ‘detain’ the Spanish ships.

Rear Admiral Don Joseph Bustamente in the ‘Farma‘, give odds of 4 against 4 was not going to surrender without a fight so fight the Spanish did and most gallantly.

The Spanish sense of ‘honour’ guaranteed 4 frigates would never surrender to 4 opponents without a fight.
This action was widely reported in the media and after the event the subject of a major and heated debate in the House of Commons, the British parliament in London.

Fees and our Termsare among the most generous on the Internet, don’t hesitate to ask for details.