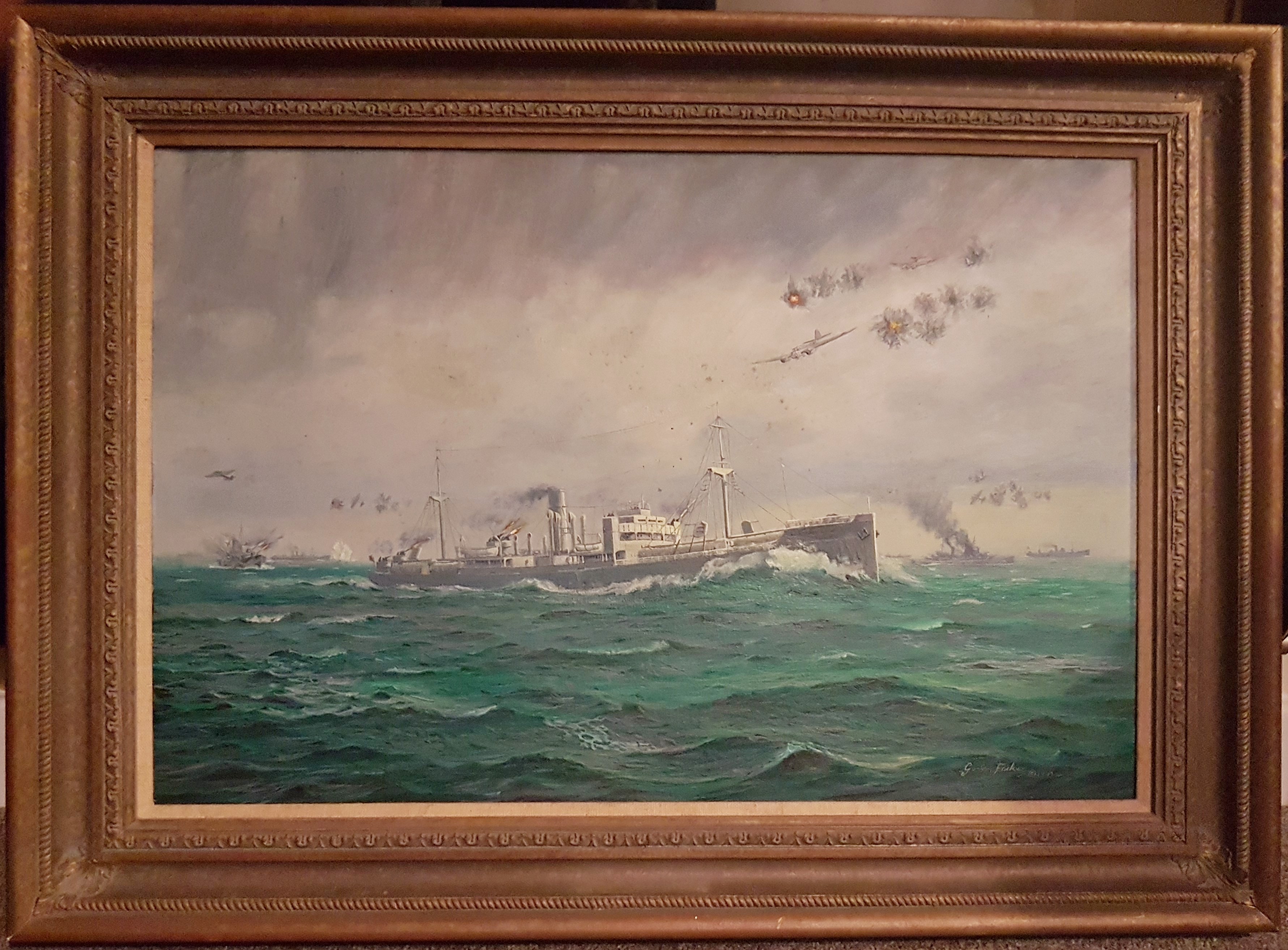 PQ 13, Frozen Fury, further reading, this original painting was commissioned by and for one of the former crew.

Commissioned by an eye witness of PQ 13, Mr. H. Mills.

PQ 13 was the first of many Russia bound convoys to feel the full fury of German attacks.

Only the more famous Malta convoys suffered as severely.

“I was much to excited to hit anything” said Mr. H. Mills.

I originally trained as an art photographer so know well photographs and videos can be great however, no other image surpasses a painting by a distinguished artist.

You could commission something similar

> with your credit card Purchase Now  < via Paypal, I prefer or £ however can accept any currency, or bank to bank; or in instalments by arrangement, contact Gordon Frickers.

PQ13 was one of the most heavily attacked of all convoys, ever.

Harry told me, “3 days later my ship was sunk and I lost a leg“.
His ship, a British fast cargo vessel, the “New Westminster City” was Harry said, specially outfitted in the USA for the voyage.
The work included concrete facings with ‘pill box’ style viewing slits for the bridge, an increased anti aircraft  armament and trained gunners to man the weapons systems. 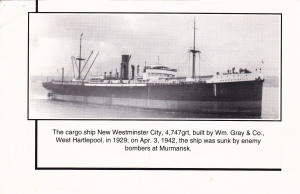 and I worked closely to produce a scene he as an eye witness, was satisfied with.

My client who fired at the attackers said he was “much to excited to hit anything“, was aboard “New Westminster City”.

The ship illustrated in my painting here as PQ 13 is being attacked by JU 88s.

My efforts to produce the best most original painting I could include building and painting a scale model of a Ju 88.

Two days later New Westminster City became another casualty of the battle to supply Russia and my client, now deceased, then aged 18, lost a leg.

This is a relatively early period Gordon Frickers marine painting.

None the less interesting, both as an early example of emerging artistic talent and because it was composed from and with a survivor from the sunken “New Westminster City“.

This very original painting was developed in part from ‘naïve’ sketches provided by my client. 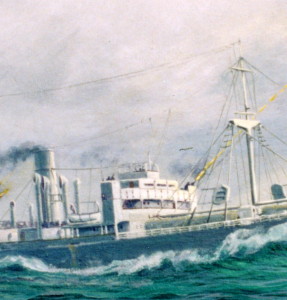 The cruiser HMS Edinburgh is part of the background.

Years later the painting was reproduced as a book cover at the request of Captain Igor Kozyr (Russian navy, retired) who was co authoring with an American, John L. Haynes a book called “Frozen Fury”, a personal account of convoy PQ13. 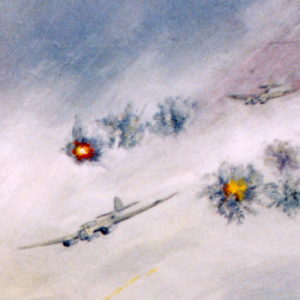 This was the first convoy to Murmansk to feel the full fury of German attacks on that route. 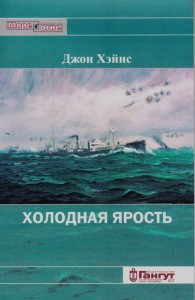 The convoy is also the subject of another book, “The Ship That Torpedoed Herself”, HMS Edinburgh.

There is more to this story, I still have but have not written up fully his and my remarkable original notes and sketches and of course, the awesome book Frozen Fury for you to read.