Today by reading a reference to the old USS Constitution sometimes called “Old Ironsides” I am reminded of HMS Victory, a ‘first rate ship of the line of battle’. After Trafalgar HMS Victory had 600 cannon balls removed from her hull all of which had failed to penetrate and not a single man on the … Read more 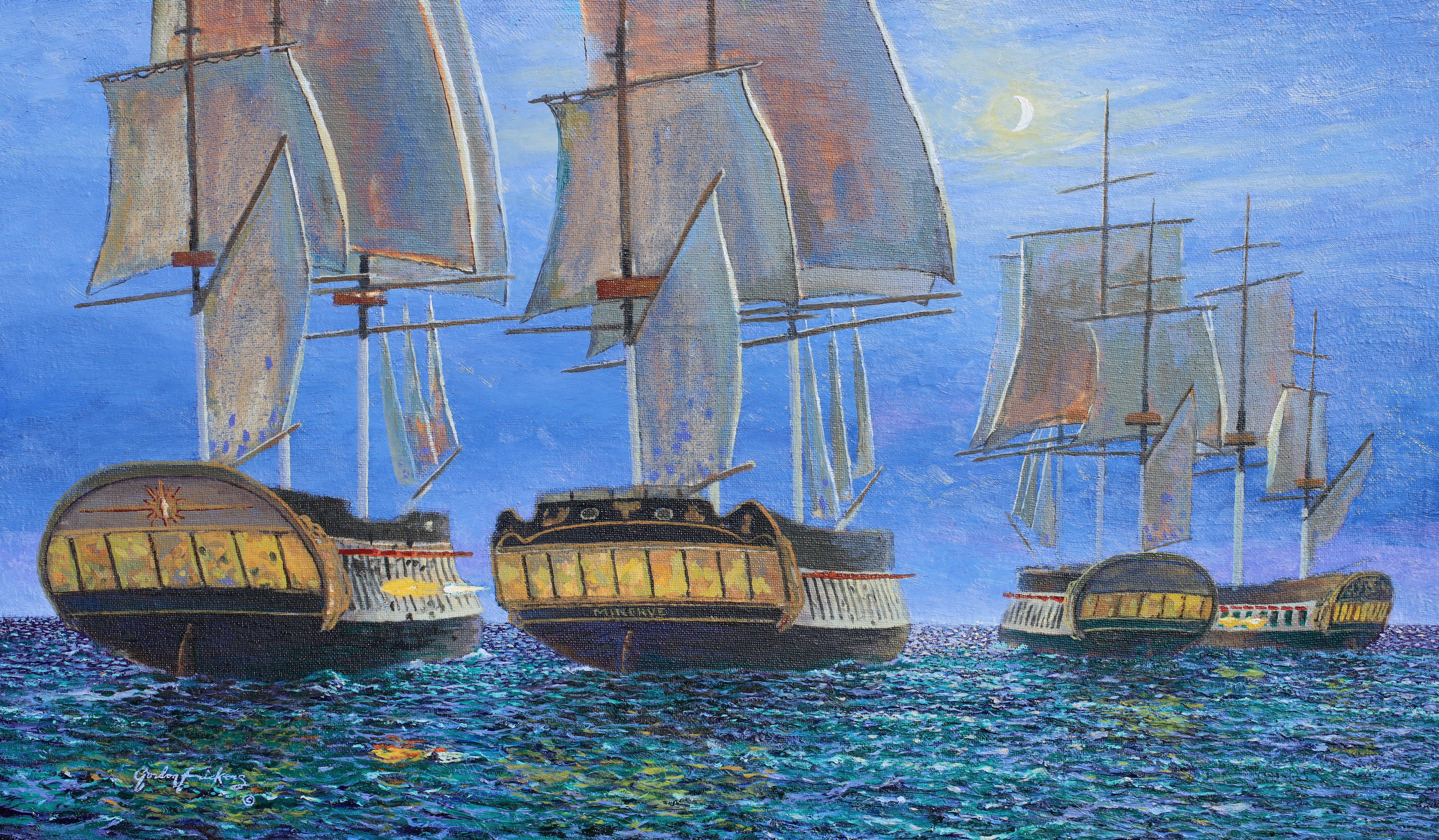 “Nelson’s Frigates” is a likely to be titled for this as yet unfinished new painting in progress.

New, unfinished painting is reproduced here especially for those of you who like to see the painting progress, getting there though

.
Go for it as Nelson would have done, it’s available offers considered in any currency !

on 22 March and again as it progressed on April 7 th.
All the main elements, the idea, composition, colours, tones, are now in place.
Soon it will be ready for colour detailing then a final balancing of tones and colours.
What will it be worth? You tell me ! 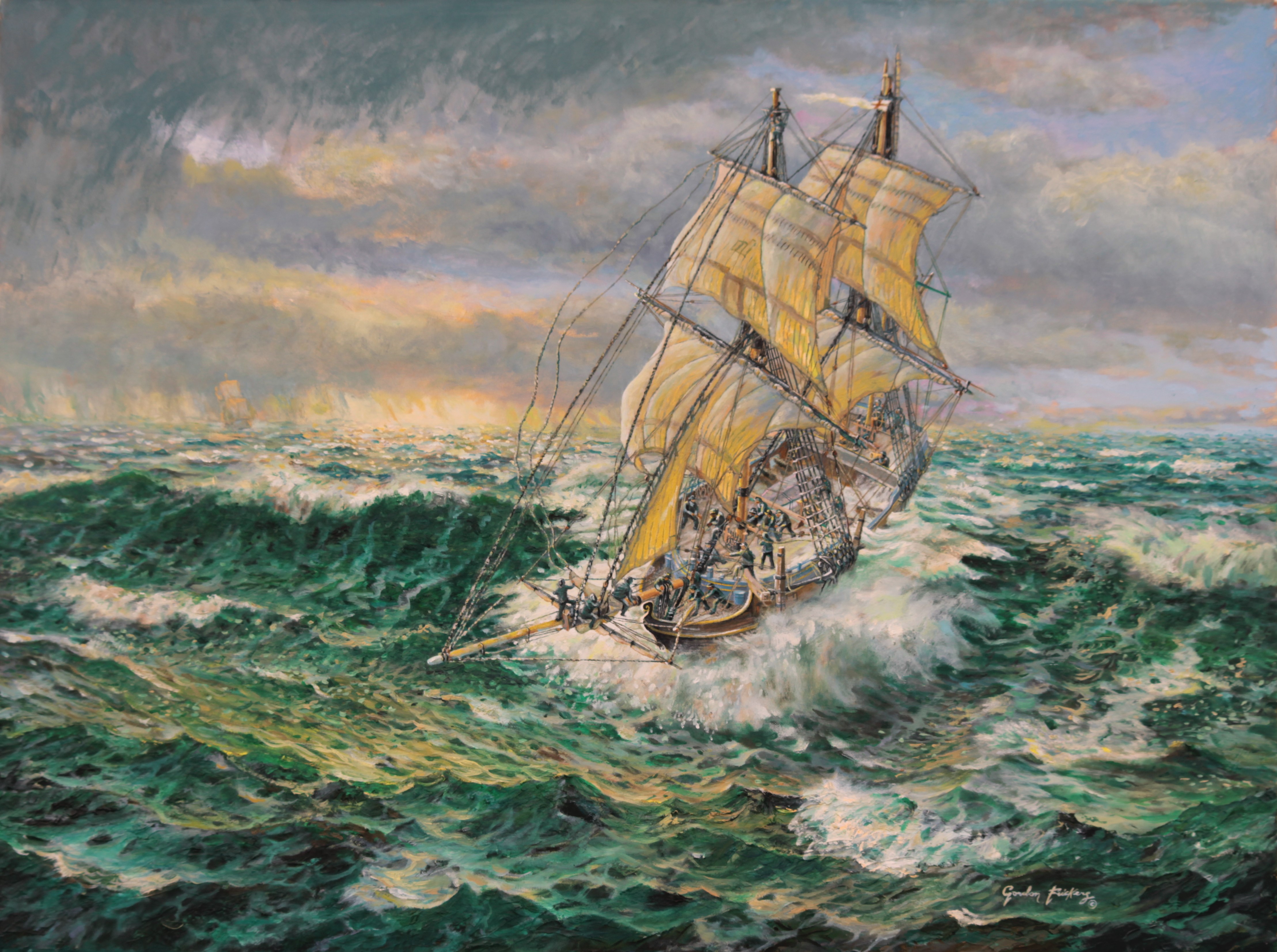 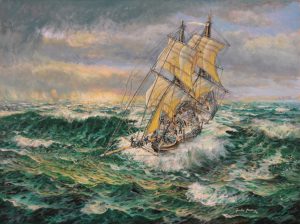 HMS Pickle, a new yarn to add to the thread of the renowned schooner Pickle of unlikely name and much disputed origins, the Pickle which heroically carried the news of the battle of Trafalgar and the death of Nelson (“Sir, we have won a great victory but we have lost Nelson“) is splendidly illustrated as a Heritage quality, signed numbered edition picture in “I have urgent dispatches“.
We are rarely able to see Gordon Frickers artwork in its final location so this is a treat!

Trafalgar Dawn (http://www.frickers.co.uk/marine-art/trafalgar_dawn.html)  has become a famous painting including being reproduced in several authoritative books and is available as a signed numbered Heritage edition from this web site.

For some years now friends have been asking me to paint and print the opposite view, from the French flagship, to make a pair, neat idea but the research proved very illusive.

Do have a look at the beginning of this historic painting and be one of the first people to to see pretty much what the French saw from their flag ship Bucentaure on that fateful Monday 21st October 1805.

available as a signed numbered edition from page: http://www.frickers.co.uk/prints.html ~ you can order easily and securely on line using PayPal.

I found the article most interesting including because it is at variance with some of my research into the story of HMS Pickle.