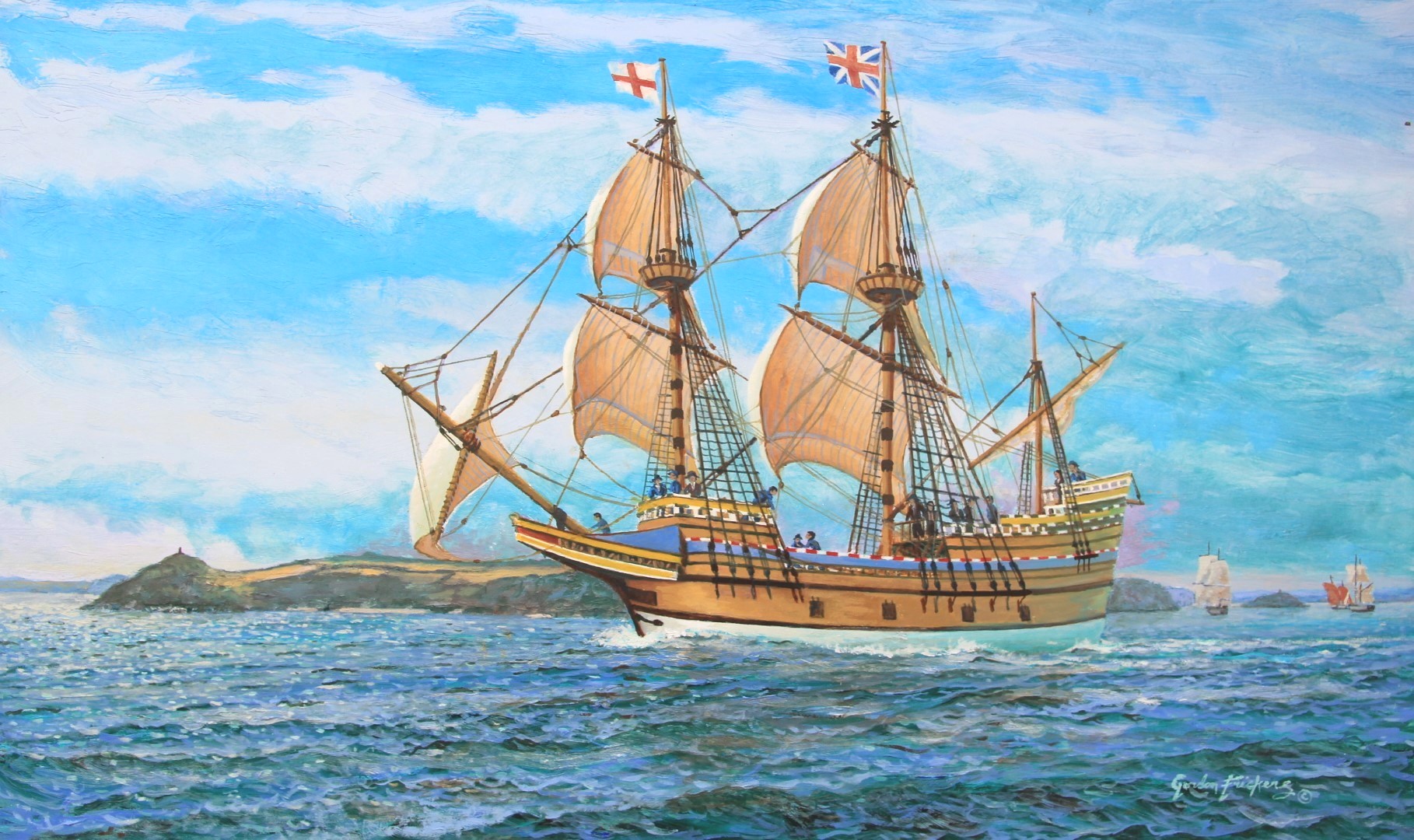 Galleon, English, or more commonly called an ‘English Race Galleon’ circa 1620 bearing away to the West off Plymouth.

Knocking down statues has become the ‘in’ thing among part of our population.

Now- Wow we have a proposal to knock off Sir Francis Drake, remove his statue from Plymouth Hoe.

If you disagree I suggest you sign the petition to keep the statue on site in place.

We might as well knock down the Pyramids as they were allegedly built by slave labour.

Such vandalism would be bad for tourism !