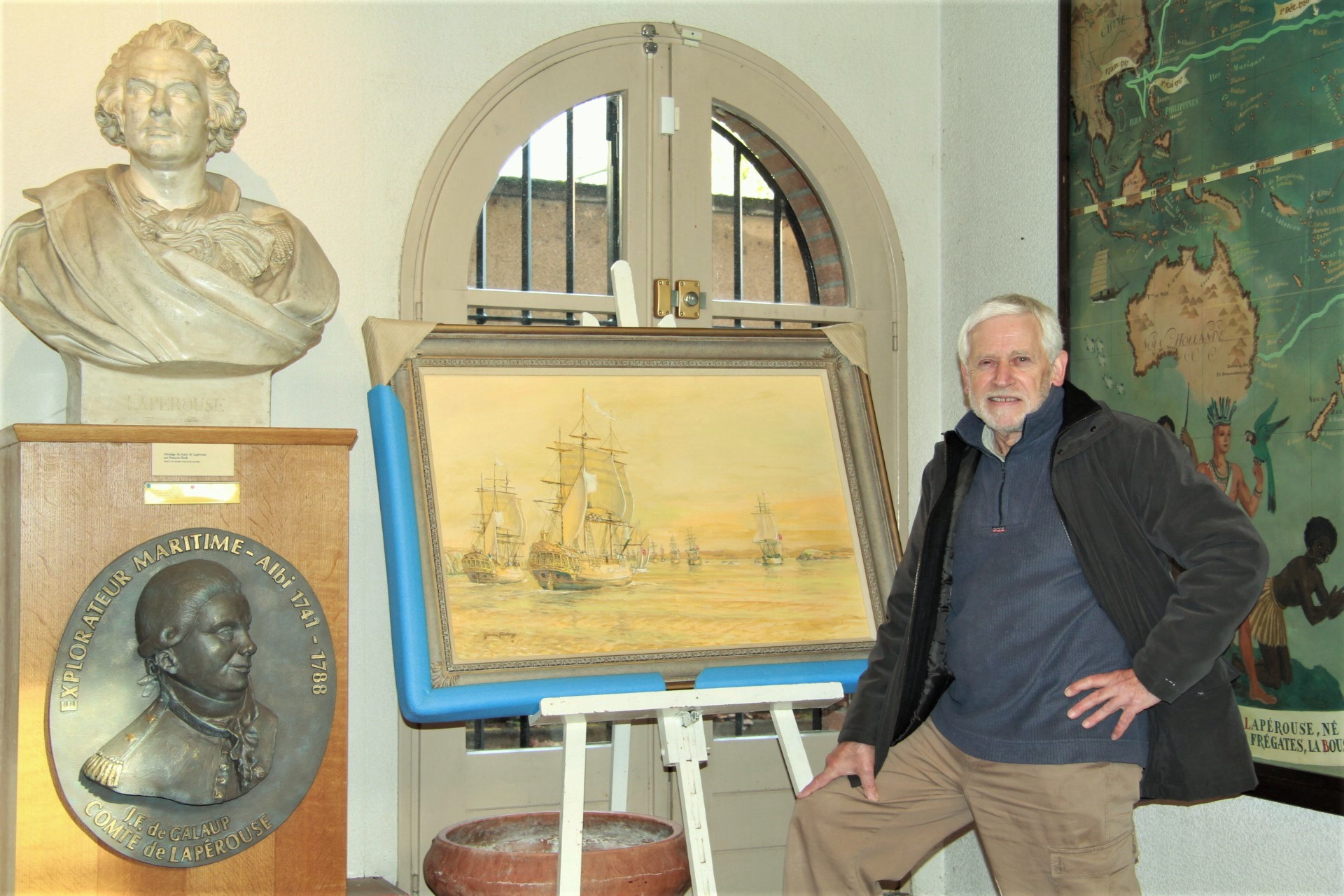 The Musée Lapérouse in Albi and my painting of the famous explorer Lapérouse, his ships and their great adventure.

A story I have been meaning to relate for the past couple of years.

I am prompted by the pleasure of Philippe De Laperouse, a descendent living in the USA connecting with me via Facebook.

This painting is at the time of my writing, the only meticulously researched, accurate portrayal of the Lapérouse and First Fleet ships and the approach to Botany Bay, the only authentic representation of the scene.

Consequently the museum staff asked to see my painting of “Lapérouse Entering Botany Bay” so I left the painting with them for a few days.

I was told they would love to add this work of art to their display however the museum was in the process of moving to larger premises thus no funds were available; then along came Covid 19 …

also invites you to discover a remarkable and inspiring story which deserves to be more widely known.

After Botany Bay the French expedition was fated never to be seen again by Europeans.

This painting is in itself a ‘voyage of discovery’ that starts in Albi, France, the beautiful home town of this renowned navigator.

Lapérouse voyage was the French response to the Europe wide sensation caused by the at that time astonishing discoveries of the British Capitan James Cook and his men.

By an extraordinary coincidence the two French ships commanded by Lapérouse, which were engaged upon scientific discoveries, entered Botany Bay, Australia, the very same day as the British First Fleet was evacuating Botany Bay in favour of Port Jackson and Sydney Cove.

Here is a wonderful opportunity

to buy “Lapérouse entering Botany Bay” and perhaps some day attach your name to the famous story by gifting the painting to the museum.

You can discover much more via my page ‘Lapérouse‘ and it’ further reading hyperlink, profit, enjoy !