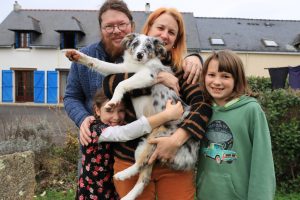 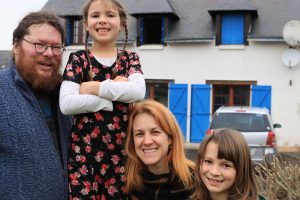 We used to live nearby when all in the Tarn, then they moved to N E France and I to the N West. 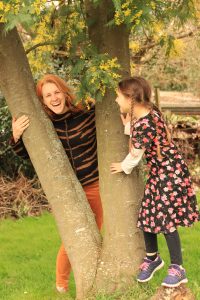 Happily they have now moved to the Vendée, only a couple of hours or less South of my home.🙂 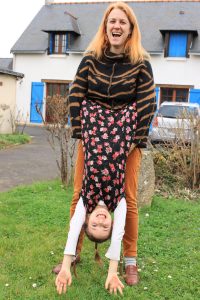 For lunch Alex and I made a roast chicken stuffed with chestnuts, onion and garlic, topped with honey and herbs de Provence, with roast potatoes parsnips, gravy and salad,
This was by our choice washed down with English ale for the adults, artisanal lemonade for the juniors. 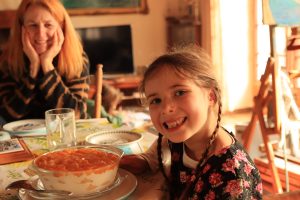 Best though, Abie made and served her desirous version of a tasty Italian dessert. 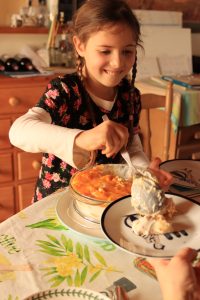 Was it called ‘Taren torus’ or ‘tyrannosaurus’ ?
The children have grow, I suppose feeding them does that?
Heidi is 4 months old so she and I had not previously met.
All are more lovable than my impromptu photos can tell you. 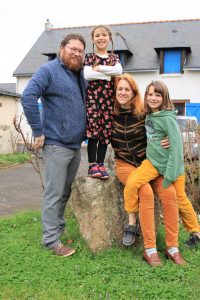 I think of these four as ‘family’, more so as I have been deprived of grandchildren of my own.
So much news to catch up with, the visit passed all to quickly.
A grand day ?  😀 Me, I think it doesn’t get better than that.