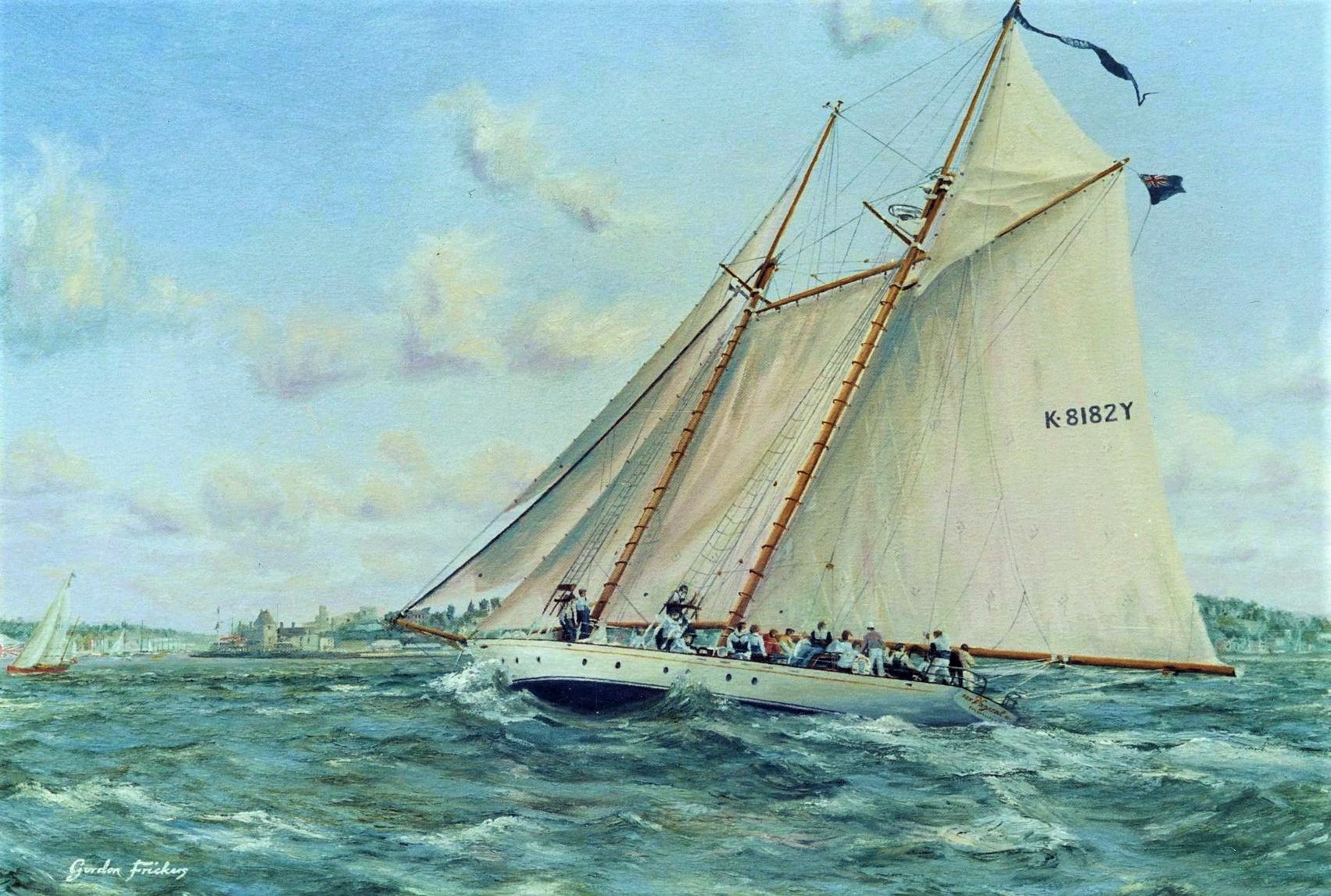 The Herrescoff schooner Vagrant in the wins again !

Of the two paintings shown here, both are long since sold
I have one print left of the second painting, “Vagrant off the Needles”, yours for £ 167.00 including postage.

I painted and had the thrill of sailing on the old Herrescoff Vagrant after Peter de Savery had saved her, beautifully restoring the old schooner and enjoyed her in part to promote the Blue Arrow America’s Cup Challenge.

I’m pleased to say I’m still in touch with her (Australian) skipper from those days and he has recently bought the second to last unsold print for his home in England.

The 40m / 131ft schooner VAGRANT was originally created in the United States of America by the world famous Herreshoff designer and shipyard, in 1913.

It was mostly Herreshoff yachts that kept the America’s Cup in the USA for so many generations.

The team at Royal Huisman / Huisfit in The Netherlands, who I can assure you having been given a tour of their facilities are one of the very finest boatbuilders in the world, is thrilled and proud to be honoured with this prestigious award for the rebuild-project of the Herreshoff schooner VAGRANT, bestowed during the 15th edition of the World Superyacht Awards.

Looking for the very best in modern marine art?

You have found it here: