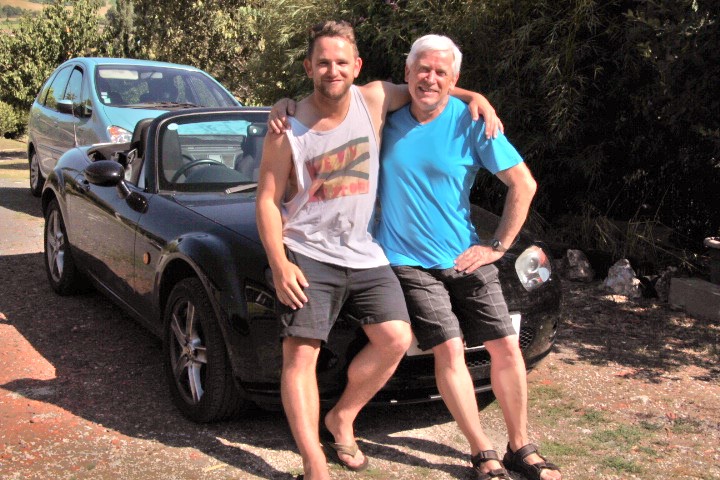 With a friend from many years astern who is a though going sailor, Rick Bowers, we have been discussing, old salts reminiscing,  thinking ahead, sailing.
Just for fun,
I thought I’d share this and some photos chosen at random, with you.
Our dialogue started on this course because he mentioned Sonatas racing at Weymouth …
I wrote, “the boat you describe sounds like my ex Sonata, ‘Music Maker’. 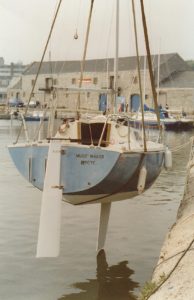 She had a fin keel and sailed like a witch, surprised a fair few Plymouth old guard by upsetting the pecking order !”
“I last saw her at Poole when I took my son Graham to his last big Optimist event, a windy Southern Area Championship. Of 200 ish he finished 3rd”.
Our exchange continued and Rick asked “the two Oppie pics were shot or where?”
I replied, Not the Southern Championship when it blew 7 to 8.
We were members of Restronguet SC so Eddie Shelton who started both Ben Anslie and Ian Percy coached Graham thus he knew how to sail in a stiff blow.
I bought both my kids a Winner Boat each from Denmark as at the time those were the best.
Winner offered me the dealership which sadly for family reasons I had to decline.
Probably the pics were shot at the Plymouth World Championship in 2000.
Graham got into the National squad and again later with his Laser Radial.
You may recall my original qualification is photography?
When the UKOA and later the Laser squad realised, I was promptly pressed into being their official photographer.
Actually it was great fun being able to roam the course at will and working with all the leading lights including coaching with the superstar Olympic Gold medallists Ben and Ian, both splendid men willing to put back into youth sailing some of what had helped them.
Graham eventually stopped sailing and tried other marine sports.
Today he lives and works in Bristol.
For sport he is into surfing and is a European qualified instructor. 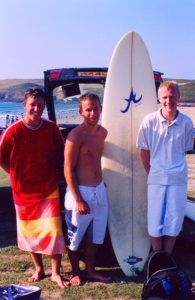 His knowledge acquired by sailing has helped him in many ways including as a surfer.
Of Hannah I know nothing, I hope she is ok, sadly we lost contact in 2001.
As for photography, with that, I’ve never lost touch or my fascination. 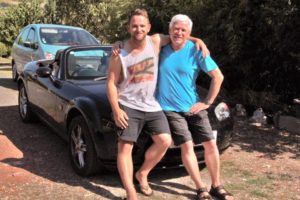 I recommend ‘real’ photography as a great way to meet people and go places that would otherwise be inaccessible.
It is rather like owning a dog or having a baby, it makes opening conversations easy !
For your amusement and mine, a few more pics chosen at random.