Climate change real or a hoax?

Our climate is of course constantly changing.

Some of us refer to this phenomena as ‘weather’. 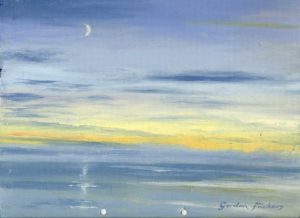 Climate Change : a response to the ‘deniers’ narrative.

First one needs to establish what is ‘normal for this planet.

That is not difficult to establish. 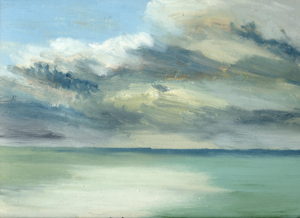 It is generally accepted that during most of the known history of our planet the climate has been stable within life supporting limits.

The climate has seen a range of air content, for example we can be sure the young planet’s atmosphere supported very little life as we know it.

Early life forms doing rather better in the seas and oceans.

We know there have been significantly warmer periods than the present climate and seriously colder too.

Before I briefly answer the above , here is another good question.

Who, where, why did this ‘Climate Change’ topic start and secondary to that, is it in reality as opposed to scientific theory, anyone’s real concern?

Along with most of Mankind I have long been fascinated by weather. 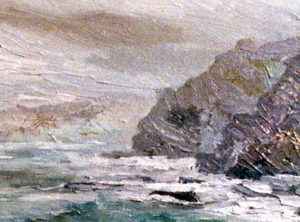 Often a sound understanding has been the difference between life and death as people who have built in a gorge, on a flood plain, a coastline, people who go to sea and take to the air know or rather should know, very well.

Our ancestors made numerous attempts to understand and predict weather. 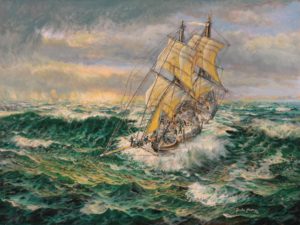 Some of that hard won knowledge was considered so valuable it was not to be shared.

Queen Elizabeth 1, the so called ‘Virgin Queen’, of England, forbade Drake, on pain of death the publishing of Francis Drake’s records from his 3 year circumnavigation.

Drake by the way was the first captain to survive a circumnavigation.

Aside from his legendary reputation for making war on his enemies, he made numerous discoveries including finding S America was not attached to a southern continent [to this day the channel past Cape Horn is named ‘Drake’s Passage] and he found a N E passage, Pacific to Atlantic, impossibly blocked by ice.

As records became more detailed and numerous so it became necessary to correlate them.

By the 19 th century, having the largest merchant and military navy in the world by far, the British quietly became world leaders in this speciality.

About 1850 ish the records were consolidated under the body now known as The National Environmental Research Council who are still very active today.

For example they run the famous British Antarctic Survey with it’s distinctive red and white ships with the RRS Sir David Attenborough, due for launch in about 2020.

The situation was further refined by a British act of Parliament specifying by law, what British ships must record each day.

This has resulted in a wealth of information about climate world wide, stretching back to 1850 and beyond.

Plymouth Marine Laboratory, an out station of the NERC was comparing climate records collected by British ships at sea at least 40 years ago.

By way of introduction, PML together with the Marine Biological Association (MBA) [https://www.pml.ac.uk/ ] for over 40 years have provided evidence-based environmental solutions to societal challenges by applying cutting-edge, interdisciplinary research that benefits society and promotes stewardship of marine ecosystems.

They were among other things the first to find evidence of an ozone hole over the Antarctic and life in the deepest Atlantic trenches around ‘Black Steamers’.

Those shipping records go back in detail over 175 years to the enforcement of the British act and in many cases, way further back than that.

One should also keep in mind, right up to 1939 near 90 % of the world merchant shipping flew the ‘Red Duster’, the ensign of the British Merchant Marine.

That makes the records from those ships as comprehensive as such things get and a very unique set of data on our climate.

The PML scientists noticed a pattern so began to investigate more thoroughly including looking at geological and atmospheric evidence.

The above was very soon confirmed by the eminent lab Wood’s Hole of the USA and others.

None of which meant ‘Climate Change’.

When they published their first papers on this about 40 years ago it was widely scorned.

Their prediction was it would take 2 to 3 hundred years to melt the North Pole ice during which time storm’s, droughts, fires, flooding, storm surges world wide would become more frequent.

A lot has been learned in the past 40 years.

PML scientists now point out, climate change is not a steady curve graph, it’s quite a spikey graph.

However the rate of change is increasing.

Their North Pole ice free estimate is now revised to 50 to 150 years.

Does this effect people?

It can and in some ways already does as people like farmers with sensitive crops like vines will confirm.

People tend to congregate and build cities in low lying fertile regions invariably near the seas and oceans.

These communities are potentially vulnerable.

Mass migrations with all their socio-political implications are a likely result if these regions are flooded.

While it is quite true that one powerful volcanic eruption dwarfs human CO2 emissions there is an important point overlooked by those who insist our climate is not being changed by our industrious activities.

One aircraft may or may not put as much pollution into the air and a whole city of cars.

What we know for sure is it does that in the higher atmospheres were it is most likely to have a Greenhouse effect.

At ground level I’d not advise you to eat fruit grown beside a busy road.

It will have been heavily contaminated by traffic.

Humidity, fog, inversion layers further concentrate toxic gases like CO2 to the detriment of our health

Do small amounts of additional pollutants have an effect on climate.

A simple test : take a glass of clean fresh water and taste it.

Now add an 1/8 of a tea spoonful of vinegar, stir and taste.

I can understand why city dwellers who’s lives are little effected by weather would not notice any changes to climate.

Many of them have been drinking polluted water for so long they don’t know the difference.

Add to that, gradual climate change is harder to detect from the shelter of a city, easier to deny; rather like a marriage slowly falling apart.

CO2 : other reasons for reducing CO2, health of population. most man made CO2 is emitted in or near large population centres.

Known side effects include respiratory problems, allergies and cancers.

Most of us are aware, certainly all firemen, that inhaling smoke and fumes can be very harmful, even fatal.

As CO2 levels rise, this is in effect what we are all increasingly doing; long term…

Most vulnerable are people with breathing issues, allergies and developing bodies.

By the latter I mean primarily babies, children and adolescents.

As for Climate Change, what the scientists at leading institutes like PML and Wood’s Hole are saying is the change is very gradual with occasional local ‘catastrophic’ events [like a major storm] becoming more frequent.

But; it is now at a faster rate than anything they have found in historical records, in deep core samples taken world wide, of geological records.

They are saying the only difference they have discerned between the present rate of change and previous rates is industrialisation.

Climate Change? Not my problem, let the dance continue, besides I’ll be dead soon.