The pre start was fun, good to see old friends, make new ones and have some time with Sir Robin Knox-Johnston who was THE star of the event. 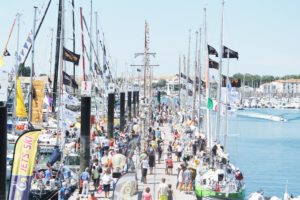 A typical comment to me on the penultimate day was from a skipper I met, Abhilash Tommy of No 5, ‘Thuriya from India.

He said to me “Gordon it’s an honour to meet you. I never thought I’d meet you.
You have no idea how many hours I’ve spent looking online at your painting” (“Roaring Forties”). 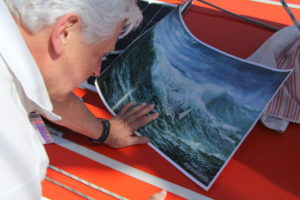 I left Abhilash having inspected ‘Thuriya’, a replica of ‘Suhali’, feeling I was the one honoured, that he, his wife and team had become new friends. 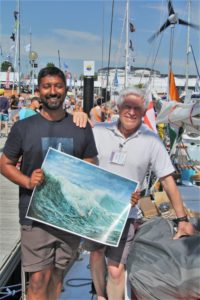 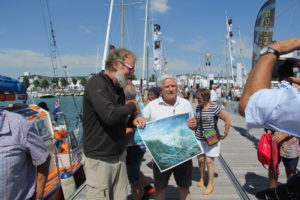 They are from Australia; likewise with Istvan Kopar sailing ‘Puffin’; he’s from Budapest, Hungary sailing under the flag of the USA. 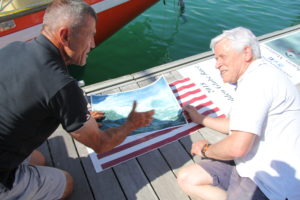 I wasn’t able to meet all the skippers, we were all more than a little busy, they are a very fine bunch. 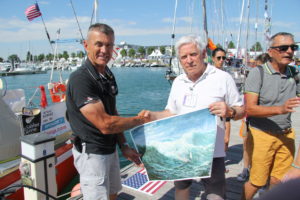 Many are like Abhilash, professional seamen, direct, honest, full of fun and mischief, real MEN ~ and one real WOMAN, Suzi Goodall from GB. 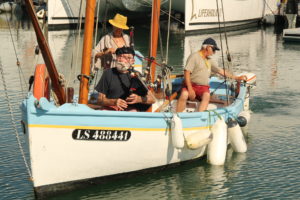 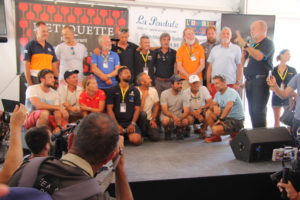 My profound thanks and respect goes to all the organisers and their team especially Barry Pickthall for inviting me and Don McIntyre the principal sponsor and to Champagne Mumm, recently come aboard. 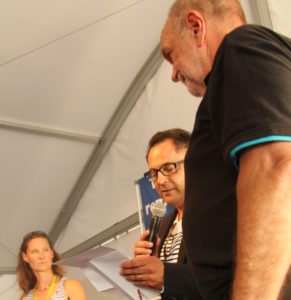 I have journals as far afield as Russia and Australia wanting to know more about my paintings in particular “Roaring Forties“.
That famous painting is even more widely known than I’d realised. 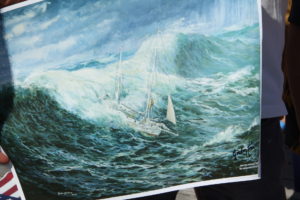 I did not fully appreciate just how influential and widely know my ‘circumnavigation’ paintings are, especially the famous “Roaring Forties”. 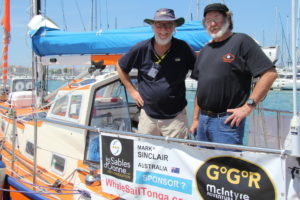 By the way, I still have a few fine art prints on canvas signed by Robin Knox-Johnston, from £147 inc P&P. 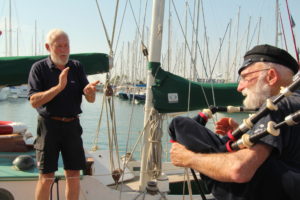 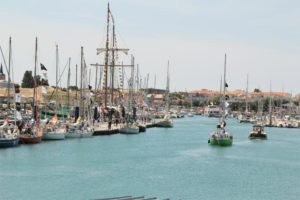