Skip to content
Marine art is firmly back in my sights.
The worst of the ‘flying dust and debris’ caused by my move to ‘winter quarters’, disruption caused by returning to Plymouth to research for Mayflower 400 / 2020 has settled.
Here we go charting in more senses than one, the progress of my new, large, complex  marine painting “B I Sunday“. The making of this painting is already quite an adventure which has included an invitation to a wedding in Mombasa on the 12 th of December.

‘B I Sunday‘ will show the port of Mombasa, Kenya on a unique day when every wharf was occupied by ships of the same company, the British India Steam Navigation Company.

Yesterday morning having driven for the second time in a week to Roche Bernard to chase up ‘my’ plumber I retire to find inspiration, to express some ideas I have for “B I Sunday” in a cafe at Roche Bernard that I have adopted and where they seem to have adopted me. 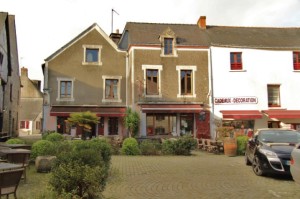 I have been thinking of ways to do justice to “B I Sunday”.
A change of scene often helps to get creativity, like mulled wine, warm and flowing. 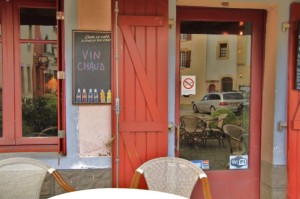 A row of ships against a quay does not give us much idea of how imposing the sight would have been in life.
Thus I have been looking at the chart of Port Kilindini, Mombasa, reading through the dozens of emails, reviewing the photos collected.
The result is attached here,first impressions, early beginnings, full of promise.
Thus you can begin to see what I have in mind.

The sketches made from memory not direct from any photograph, raise quite a few questions in  my mind, probably yours too; I like that, it is helpful.

Kindly do give me your reactions.
At this stage the sketches are basic and all is open to suggestion and negotiation.
Each design has it’s pro’s and con’s.
I will ‘play’ with the angles and other features as the next set are
evolved.
However as you closely followed the development of the very successful
“Bamora and Canberra at Sydney” I am rather hoping you can again make
allowances for these first impressions; with a little help from my remarks
below.
You will notice I favour showing “Kenya” making her maiden arrival being
maneuvered to her berth by two tugs.
I think this maneuver gives our scene more vitality, us a chance to show a
little of the wharves, houses, cars and cranes which in turn help suggest
the size of the ships.

Timing: We know the socialising started by lunch time.
Not confirmed, logically “Kenya” must have berthed by late morning.
Thus we can place the light source, the time of day.
The photos we have that were taken on the day, when one reads the sea
pattern, indicate the wind strength and direction.

As there would be a considerable expanse of sky and sea in my proposed
designs, much will depend on how much depth I can give the scene, how well I
can illuminate the sky and how fluid I can make the water.
I am quietly confident of the colours.
Thanks to the support of many who have contributed to our research I have
the scene in colour firmly in my ‘mind’s eye’.

Africa is as you will have noticed is a big land.
The Mombasa area is a landscape were, lacking significant hills or
mountains, the sky is a major feature.
Kilindini is a large port so an expanse of water is appropriate and can be
populated with local craft and sail boats from the nearby yacht club.
Provided they do not dominate the scene.
Thanks to Abdul and others we have suitable photos of local craft and period
sail boats.
A slight concern will be any channel markers.
I will scrutinise the chart for answers to that question.

The next phase will be to take the sketches shown attached here, develop
them in more detail to help us decide which perspective we will favour.

Ohh and the hot water?
I’ve had to go to Redon and use the beautiful new indoor heated swimming pool to get a shower; probably a good thing in terms of exercise and YES!
A plumber did arrive yesterday afternoon, 15 minutes to fix the hot water (new thermostate needed) and an hour to fix the dishwasher. It had a blocked relief float probably caused by intermittent rather than regular use.