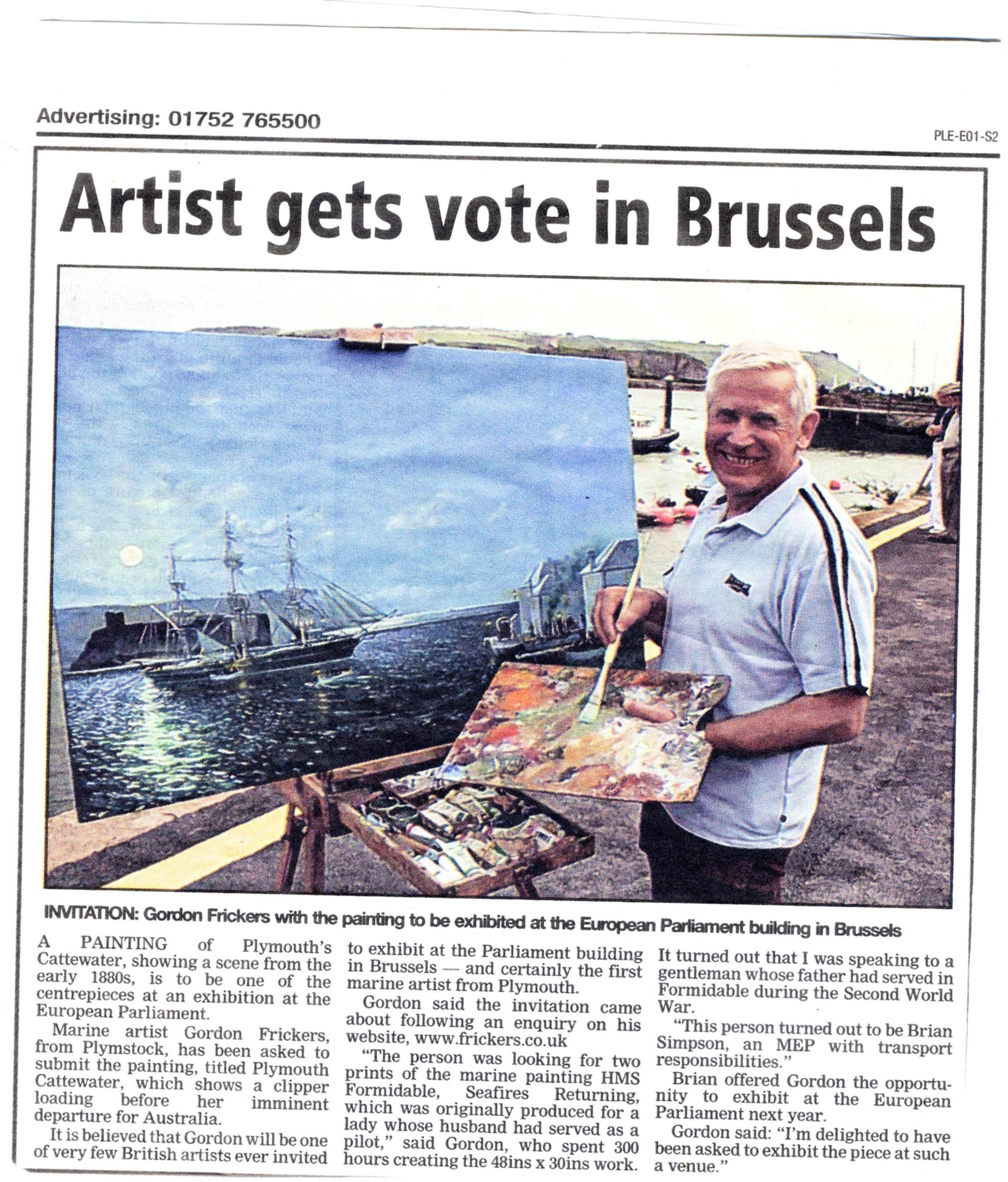 Press and media often benefit from painting by Gordon Frickers, the images and stories about my work as  artist, painter, historian. 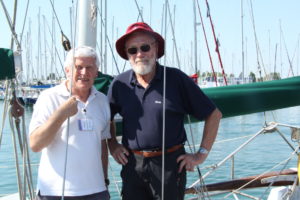 Gordon Frickers and Sir Robin Knox-Johnson July 2018
Here below are examples, some you can open and read, many are fascinating, entertaining, informative and fun:  enjoy !
Some are major publications like The Times of London and Lloyds List International;, others include local papers and club newsletters, all are mutually beneficial.

Fees and our Terms  are among the most generous on the Internet and you are in experienced hands. 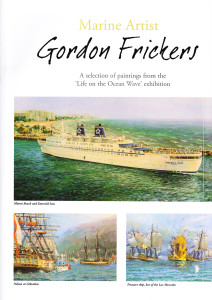 This magazine’s avidly read Odin’s Eye leader delivers salty views that make government ministers and civil servants wince, while also providing food for thought in the top echelons of naval forces. Since its foundation in 1998 WARSHIPS International Fleet Review has evolved into the world’s leading and only high street naval news monthly magazine of its kind. The primary aim of WARSHIPS IFR is to provide a forum for the navies of the world.

If a payment is applicable for commercial use this can be quickly easily with an agreement or contract and payment being made bank to bank or vis my Payment page  using your credit card. 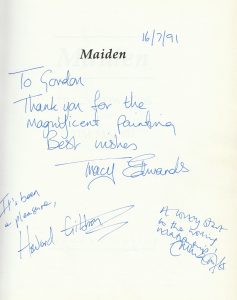 Fees and our Termsare among the most generous on the Internet.